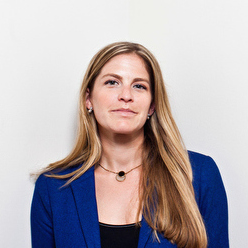 
As a sixth grader, Jessica Alter (class of 1993), has a clear memory of selling bedikat chametz kits to Hillel families, and she remembers brisk sales. “Maybe that was my first taste of entrepreneurialism,” she laughs.
While that early exposure may not have directly led her to Silicon Valley, a hunch that she wanted to be involved in start-up company culture did lead her to San Francisco, where she has helmed business development for several companies, including her own, and where she has earned the moniker of one of the 100 most creative people in business by Fast Company.
As cofounder and chairman of Tech for Campaigns, the digital arm of Democratic electoral campaigns, Jessica ensures that lesser-known candidates have a voice, and that the playing field is “level,” she says. “People tend to focus on the 2020 presidential election, but there are 6,000 campaigns this year, and the real power of technology is in democratizing access to it.”
Previously, Jessica was Entrepreneur in Residence at Social Capital, and was also CEO of FounderDating, a platform that connects entrepreneurs with advisors to help grow their careers and businesses, which she sold in 2016. She also led business development at social networking site Bebo, which was acquired by AOL.
She headed West after graduating from Andover High School, and the University of Michigan, and receiving her MBA from Harvard Business School.
Jessica Alter is Vice President of Business Development for Figma, a leader in collaborative design software. She previously cofounded and is still Chairman of Tech for Campaigns, the tech and digital arm for Democratic campaigns. Previously she was an Entrepreneur in Residence (EIR) at Social Capital, Cofounder & CEO of FounderDating (acquired by OneVest), the Linkedin for entrepreneurs and led Business Development and was GM of Platforms at Bebo (acquired by AOL).
She is an advisor to and angel investor in several companies and was recently named one of the 100 Most Creative People in Business by Fast Company.  She holds a Bachelor’s in Business Administration from University of Michigan and an MBA from Harvard Business School.
Jessica credits Hillel with instilling in her the importance of community. “Everything I’ve done involves building a community, and Hillel was my first one,” she said. The choices and friendships she made at Hillel continue to inform and shape her life, she said. “I’m close with classmates and teachers to this day, especially Adina Levin and Cindy Leff,” she recalls.
“And to think, it may have all started with selling chametz!" 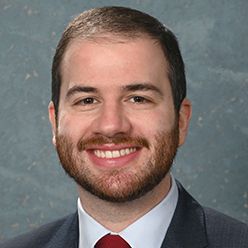 Michigan State Senator Jeremy Moss (class of 2000) is serving his first term representing the 11th district in southern Oakland County. His political career started in 2011 as a Southfield City Council member, when, at age 25, he became the youngest-ever elected official in the city’s history.

He was elected to the Michigan House of Representatives in 2014 and began his work across the aisle to make the inner dealings of government transparent, “so our constituents know what we’re doing with their time and their dollars,” he said. He also introduced legislation to end the practice of gerrymandering, which became a ballot proposal that passed in 2018.

Elected to the Senate in 2018, several of Jeremy’s bills have become law, including legislation to give tax relief to Michigan homeowners, and to help high school dropouts find a path toward returning to school to earn their diploma. He is working on proposals to expand employment opportunities for citizens with past criminal convictions, and to make auto insurance affordable. He is also the sponsor of a bill that protects LGBTQ individuals from housing and employment discrimination.

After graduation from Hillel, Jeremy attended Groves High School, and Michigan State University, where he studied journalism and political science, and participated in humanitarian missions around the globe.

A member of Congregation Beth Ahm, and an advisory board member of the Martin Luther King Task Force in Southfield, Jeremy’s commitment to social justice and kindness, cultivated at Hillel, is ever-lasting.

He remains close with many Hillel classmates, and visits the school each year to mentor eighth grade students during their “Campaign for A Cause” project, wherein they campaign on behalf of local non-profit organizations, and to speak with fifth graders during their learning about the three branches of government. He also personally tours our fourth graders during their visit to the Michigan State Capitol each year, a highlight of their trip to see government in action in Lansing!